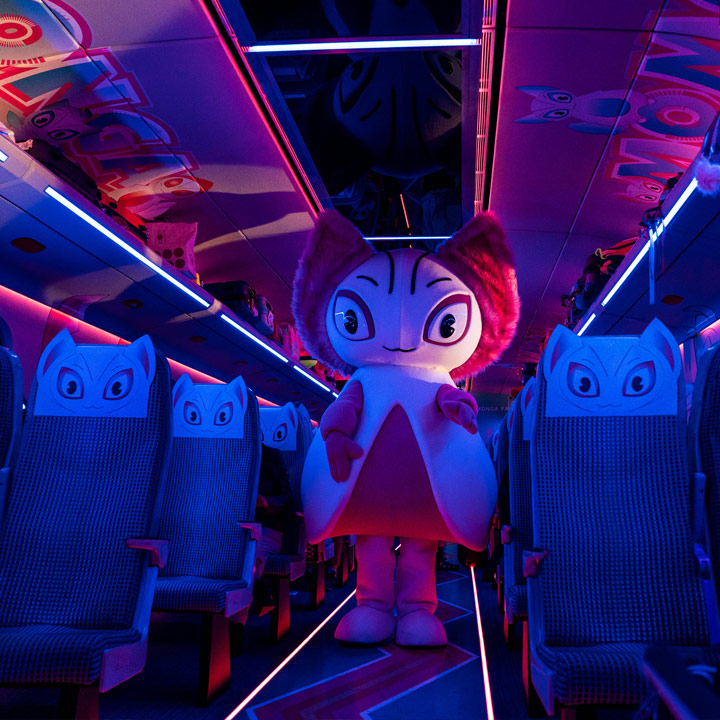 - The more ludicrous everything gets, the more you don’t want to get off the ride -

Aboard the titular bullet train (a high-speed Japanese train) are several distinct assassins looking to kill someone, rescue someone, or obtain a briefcase. Admittedly, the who’s connected to who of it all initially feels messy and confusing, which is easily forgivable as the ensemble assembled carries their characters through personality, charisma, and by rising to the occasion of expertly staged action sequences.

David Leitch (a somewhat inconsistent filmmaker who has been falling off in quality after helping bring the John Wick series into the world) is responsible for those locomotive thrills. Based on a book from Kôtarô Isaka (with screenwriter Zak Olkewicz seemingly greatly expanding on that story, perhaps with one too many big reveals), David Leitch is aware that once he gets the story on the train and offers up a brief bit of exposition for each character, there’s no need to make any narrative stops, opting for breakneck pacing and constant exhilaration suited for his directing sensibilities.

There’s also more than enough room to pepper in stylistic touches such as swirling camera movements (mainly when characters walk between train cars), irreverent humor (there’s an assassin who uses Thomas the Tank Engine and characters involved in the kid’s show to parse out human behavior, much to the equally amusing annoyance of his straightfaced partner), and goofy needle drops (‘Stayin Alive’ plays as Brad Pitt makes his way across the streets of Japan to the bullet train).

Narrative frustrations aside, there is a crystallized sense of identity and fun within Bullet Train, something plenty of mainstream blockbusters can’t claim despite production under extreme budgets of $200,000,000 piss away with generic staging, excessively ugly CGI, and generic plotting despite having access to A-listers. The movie is first and foremost committed to entertaining, whether the action feels grounded into reality or transitions into a full-on gonzo live-action anime. David Leitch impressively pulls off that escalation, although there is a sense that the third act could be tightened up and perhaps slightly less ridiculous. Again, it’s also hard to be upset, considering the characters are all a blast to be around.

Brad Pitt plays a world-wearied and unlucky assassin given the new nickname Ladybug (hoping to turn that luck around) by his offscreen handler (the voice of Sandra Bullock). He is remorseful and second-guessing his line of work, attempting to step away or at least to get away from the killing. Accounting for all of this, he has been assigned what should be a simple task; a violence-free one that should allow him to be back doing yoga, praying at temples, and reflecting on his past in no time. There’s a marked briefcase on the train that he must snatch and grab, stepping off at the next train stop.

Of course, it’s never that easy. There’s a duo of assassins (Brian Tyree Henry and Aaron-Taylor Johnson) in possession of the briefcase, who have also rescued the son (Logan Lerman) of a dangerous criminal (it wouldn’t be a spoiler if I say who, but it’s much more fun experiencing at the moment once the character appears on-screen), proving that he is alive at every stop. Elsewhere, a young woman goes by the nickname Prince (Joey King), a maniacal manipulator that the actress is fully locked into and has a ball playing with such chaotic evil. International musician (and halfway decent celebrity star WWE wrestler) Bad Bunny is a Mexican assassin looking to take revenge on the man that poisoned his wife. Meanwhile, Zazie Beetz releases a deadly snake on the train and has a target.

The most substantial subplot involves Kimura (Andrew Koji), a father looking to avenge his hospitalized son (one of the passengers pushed him off a rooftop a few days ago), and making good on his father’s (Hiroyuki Sanada) noble words about protecting one’s family. Michael Shannon also plays a sadistic piece of work known as The White Death, someone that everyone aboard fears.

It’s easier to say that everyone has a vendetta with somebody, mainly since Bullet Train clunkily introduces these characters with awkward bits of action through flashbacks. Part of the point is that the story has so many rewardingly mad genius tricks up its sleeve that it doesn’t want viewers to know too much about these characters, which is also acceptable since, for the most part, we just want to see David Leitch repeatedly toss them into situations forced to kick each other’s asses. Anger, fate, and family duty are themes, and while nothing necessarily profound breaks through, all of it makes for snappy dialogue between fisticuffs.

Unsurprisingly, the action excels during close-quarters combat and claustrophobic spaces (a knife bounces off a briefcase in a return-to-sender stabbing). Still, it’s also impressive how many and how the film tracks vital objects that are obviously going to come back into play at one point or another (there’s a water bottle that gets its silly flashback as to how it ended up in a prime position to serve some use). It could also be argued that the last 30 minutes do away with that groundedness in favor of more extensive and louder destruction, which might not fully work here. But bits and pieces of the action prepare the audience for reality to go out the window. And while some of the comedy could be perceived as juvenile, there are also some clever payoffs to some jokes (the running gag about Thomas the Tank Engine and the TV show ends up coming into play in an important way). Admirably, David Leitch also cares about these characters and tries to hit some emotional beats, although he doesn’t fully succeed.

Perhaps the greatest strength of Bullet Train is that while Brad Pitt receives top billing, this is an ensemble piece rotating between characters as the narrative, eventually, pieces itself together. He’s entertaining as a pacifist who just wants off the damn train but gets roped into fighting and protecting others, but David Leitch wisely realizes every car here is brimming with magnetic qualities. As such, Bullet Train embraces going off the rails, finding the warped pleasure in every far-fetched reveal and veering direction. The more ludicrous everything gets, the more you don’t want to get off the ride.