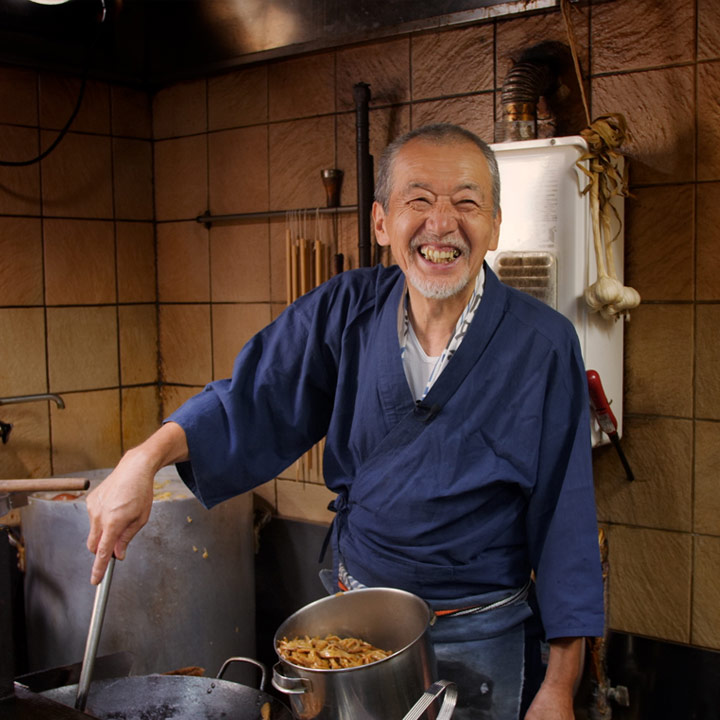 - One of the sweetest and most enjoyable films of the year -

Look, I know the New Zealand International Film Festival is around in Wellington and everywhere else over the next couple of weeks. But that doesn't mean you should stop noticing the films that are out on general release.

Especially when they are such exquisite wee portraits as Come Back Anytime.

Director John Daschback has travelled to Tokyo – stayed for maybe a year – and brought back a film that will restore your faith in humanity. And noodles.

Masamoto Ueda runs a ramen bar in the city. Typically, it is a tiny place, with seats for a dozen maybe, and a menu limited to just a handful of dishes – executed to perfection.

Although Come Back Anytime is a film about food, this is not some worshipful paean to a celebrity chef pontificating about a cuisine you or I could never make ourselves. A bowl of ramen is noodles, a broth – and maybe pork, egg or miso and an obligatory dash of chopped spring onion. But, as Ueda says, in such a simple dish, there is nowhere to hide.

Ueda and wife Kazuko have run Bizentei – their restaurant – for most of their lives. But with Ueda's health beginning to crumble, it is clear that the next year or two will be his last at the stove.

Come Back Anytime takes us back to the couple's earliest days and to Ueda's surprisingly gritty and vaguely criminal youth. He credits Kazuko – and learning how to make ramen, with quite possibly saving his life.

This is a film about people, community and how our relationship to food and its preparation underpins everything that makes us a society. One regular tells us that he ordered the same dish on his first two visits – and that Ueda has served him that same dish every day since, unasked, for 26 years.

Come Back Anytime is now playing at Light House Cinema!