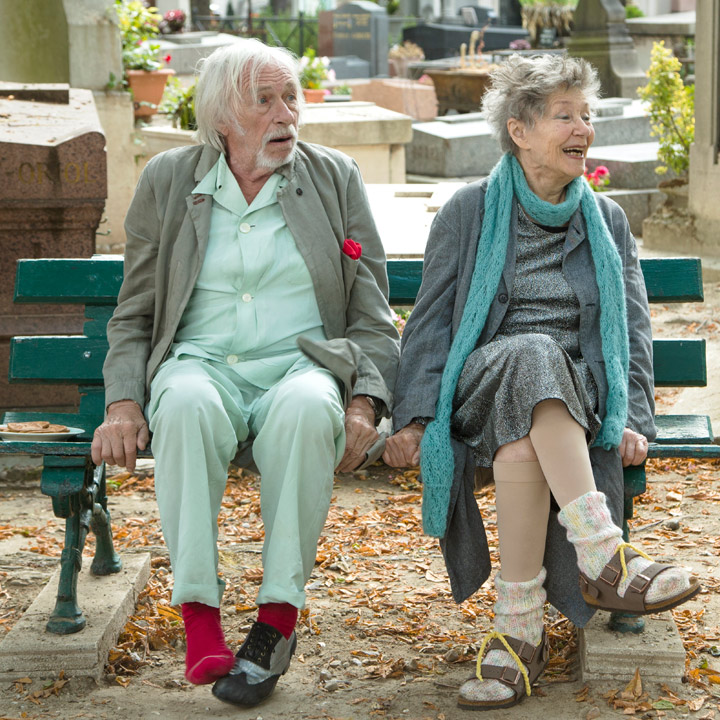 - Here is one of the final screen appearances of Emmanuelle Riva, icon of movies from Michael Haneke’s Amour to Gillo Pontecorvo’s Kapò and Alain Resnais’s Hiroshima Mon Amour, who died in January at the age of 89. It is a delectably gentle, elegant, self-effacing performance. Riva plays a lovably scatty old lady called Marthe in this Tati-esque comedy from French writer-directors Dominique Abel and Fiona Gordon. The movie they have jointly devised, and in which they star, is a clever, funny and distinctly unworldly comedy with an insouciant line in visual humour.

Fiona (Fiona Gordon) is a young goof from Canada who comes to Paris to visit her similarly away-with-the-fairies aunt Marthe (Riva). A mishap on the banks of, and then in, the Seine leads to an encounter with a romantic tramp called Dom (Dominique Abel). It’s a classic French entertainment that could have been produced almost any time in the last 60 years. There is a sophistication in its childlike guilelessness and also a cameo for veteran French comedy player Pierre Richard. This movie is as sweet-natured as Abel and Gordon’s debut film Rumba, and they break out some serious tango movies here, too. It’s a little gem.