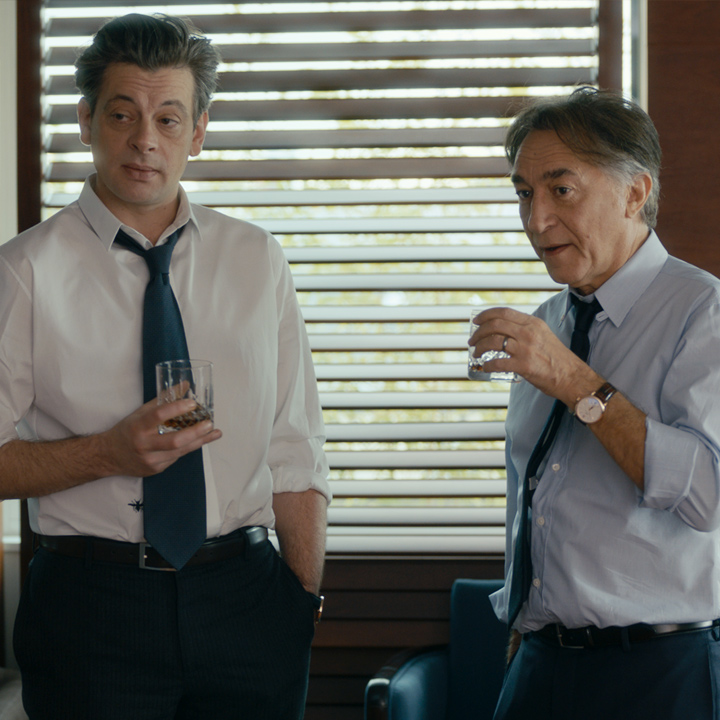 - Perfectly timed for the #MeToo era comes a corporate drama about an executive headhunted to become the first French woman to head a major French company, one of the CAC40 (the French equivalent of the Dow Jones).

Emmanuelle Devos stars as Emmanuelle Blachey, a 40-something mother, wife and executive at a renewable energy company. Blachey is comfortable on an offshore wind turbine rig at sea, in the boardroom, and wooing her Chinese clients with fluent Mandarin at a Parisian restaurant. And yet - and this is what Devos gets exactly right - she's still much like the rest of us, and needs to deal with her vulnerability and flaws.

Blachey's resolve is tested when she's approached by a group of influential female lobbyists, led by the formidable Adrienne (Francine Berge), to run for CEO at France's water company. Blachey agrees after careful consideration to put herself forward as a candidate - a decision which changes her life, and everyone else involved in her bid.

Dirty secrets are revealed and blackmail and sabotage quickly become day-to-day events; even Blachey's rather unsupportive husband feels the heat generated by her unprecedented move. PR gurus, lobbyists and their henchmen quickly descend - generating enough characters, themes and dramas to fill a miniseries.

If you can keep up with the multitude of key movers and shakers - especially in the middle act when it loses some of its narrative punch - Number One is almost a corporate world thriller. It's a glimpse into a world in which only a select few participate, and thank goodness - it may be filled with tasteful apartments and exclusive clubs but the behaviour of the powerful is far from classy.

This is a film about misogyny, equality and diversity; but the female roles are better written and the actresses make the most of it. Devos alone makes Number One worth watching.