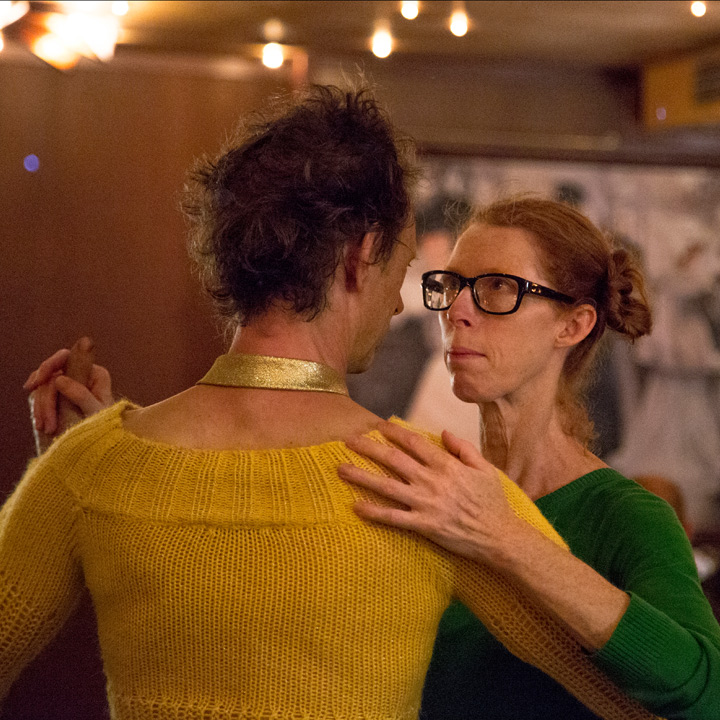 - Partners in performance and in real life, Dominique Abel and Fiona Gordon co-write, co-direct and co-star in this charming and whimsical story of missed connections and good intentions.

They deploy a winning physical comedy to delightful effect as the perfectly mismatched protagonists of a film set and shot on and near the banks of the Seine. It derives from the clown tradition – both are circus veterans – and owes much to Jacques Tati as well, particularly in the pace, the bright lighting and their fondness for bold primary colours. But its cartoon style – it’s like Kaurismäki on happy pills – has a zest all its own and it never feels derivative.

Fiona (Gordon), living in a snowbound village in Canada, has never forgotten her aunt Martha, who left long ago for the French capital. So when Martha, now 88, writes pleading to be saved from consignment to a retirement village, her niece flies to her rescue. After a series of mishaps, she arrives to find that Martha is not chez Martha. And the film runs three stories in parallel to explain what happened (in the third story, Dom [Abel], a lanky and angular dumpster-diving tramp, happens on Fiona’s lost pack, and then on Fiona).

You need to leave your scepticism at the door: in this Paris, full champagne bottles float and a tent erected on the edge of the Seine doesn’t attract the attention of the gendarmerie. And, naturellement, the denouement takes place on top of the Eiffel Tower.

Abel and Gordon may carry the story, but they don’t steal the show. Martha is played by the legendary Emmanuelle Riva, most recently seen as the stricken wife in Michael Haneke’s 2012 masterpiece Amour. She is astonishing here, too, notably in a footsie dance with another legend, Pierre Richard, which is alone worth the price of admission.

It stretches a couple of ideas out too long, but it’s as irresistible as the city it’s named for, and it will put a goofy grin on your face for the rest of the day.