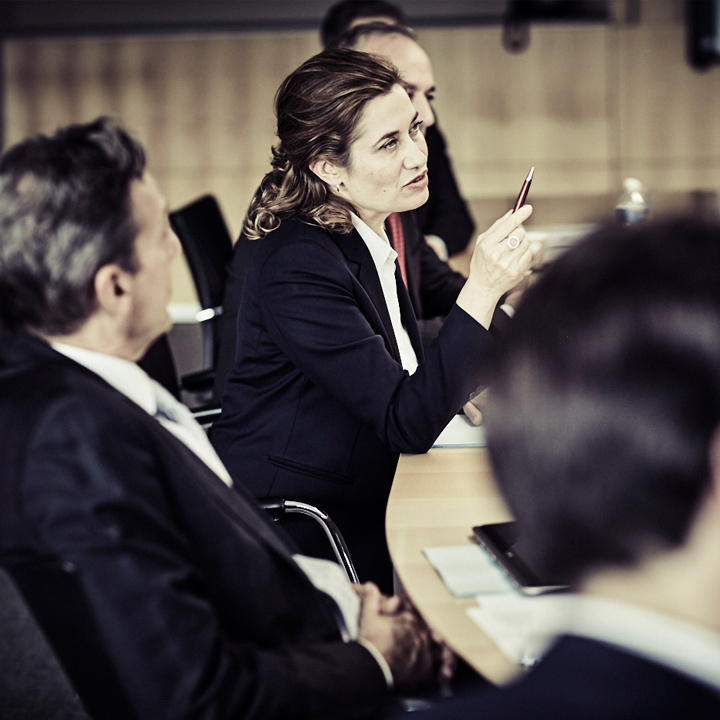 - In the gleaming high-rise office blocks of Paris, a bloodless coup plays out.

Emmanuelle Blachey is an engineer and senior boardmember at a major energy corporate. The position of CEO at France’s largest water provider is about to come vacant, and Emmanuelle is being urged to apply for the job. If she secures it, she will be the first woman CEO of any French “top 40” company.

Determined to stop her is an old boys’ club – possibly including her own husband – nourished by protectionism, corruption and sublimated misogyny.

Over the next 110 minutes, Number One unfurls as a dark farce and furious boardroom drama with enough plot, villainy and back stabbing for an entire season of Game of Thrones.

You’ll be inescapably reminded of the last US election – the film consciously incarnates Hillary Clinton in a few framing and wardrobe choices – but this is no mere satire of the current state of the world. There’s a whiff of dystopia in the screenplay, with Margaret Atwood’s deathless line, “Men are afraid that men will laugh at them. Women are afraid that men will kill them”, brought onstage early and remaining a coda for the entire film.

The genius of Tonie Marshall’s (Venus Beauty Institute) writing and direction is that this topical and nettlesome material still yields a deft, funny and – above all – entertaining movie. We wonder and occasionally despair at the forces and machinations arrayed against Emmanuelle, happily fooled into actually caring about French boardroom politics. Even though victory will possibly mean thousands of jobs are saved, this is still an unusual premise to hang such a taut and engrossing film on. But it works.

Emmanuelle Devos plays Blachey from a place of great complexity, somehow getting fury and self-doubt to register simultaneously on her fabulously arranged face. As rival and chief villain, French veteran Richard Berry is magnificently reptilian.

Every syllable of the script is precise and weaponised, but the screeds of dialogue still make way for some wonderfully precise and ingenious framing and choreography. It’s a deceptively unadorned film, but the technique is lean and perfect.

Number One is funny in a scalpel-to-the-funny-bone kind of way, but also just as storm-the-barricades provocative as any film I’ve seen in years.

If you like your drama and comedy served stone cold and unashamedly smart, you will like Number One very much indeed.