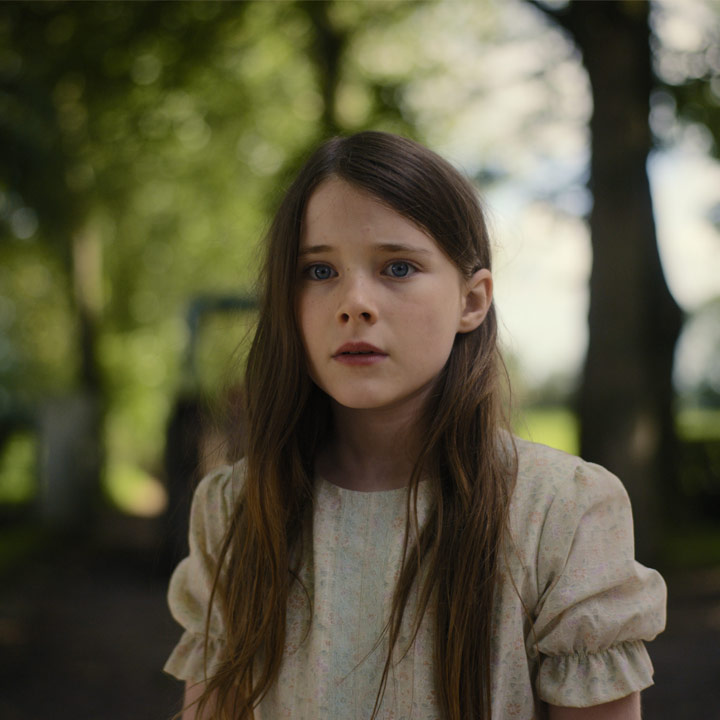 A silent child is sent away to live with foster parents on a farm in this gem of a film from first-time feature director Colm Bairéad.

This beautiful and compassionate film from first-time feature director Colm Bairéad, based on the novella Foster by Claire Keegan, is a child’s-eye look at our fallen world; already it feels to me like a classic. There’s a lovely scene in which the “quiet girl” of the title, 10-year-old Cáit (played by newcomer Catherine Clinch), is reading Heidi before bedtime, and this movie, for all its darkness and suppressed pain, has the solidity, clarity and storytelling gusto of that old-fashioned Alpine children’s tale – about the little girl sent away to live in a beautiful place with her grandfather.

The setting is the early 80s, in a part of County Waterford where Irish is mostly spoken (subtitled in English). Cáit is a withdrawn little kid, one of many siblings, always wandering off on her own over the farmland: the opening shot of her is a deception of sorts, hinting at a chilling destiny. Cáit is often wide-eyed, silent and watchful, to the irritation of her exhausted and now once-again heavily pregnant mother (Kate Nic Chonaonaigh) and her thuggish, abusive and hungover dad (Michael Patric). Naturally without telling Cáit or being mindful of her feelings in any way, her parents decide they need a break from looking after her and pack the girl off for the summer to her mother’s cousin Eibhlín (Carrie Crowley) and her taciturn farmer husband Seán (Andrew Bennett), whose vastly more prosperous and better-run smallholding infuriates Cáit’s sullen dad when he drives up in his car to drop her off. He can hardly summon the good manners to make conversation before getting back in his car to drive back home and in his boorish haste, he has a lapse of memory which is to have serious consequences for Cáit’s new life.

Crowley and Bennett give heart-wrenchingly excellent performances as the unhappy, childless couple who have taken Cáit in: particularly Crowley as Eibhlín, a well-bred, intelligent, elegant woman who is brightly engaged with the child as no one has ever been in her life. But Cáit is quick to understand that they have a “secret”, which her sneering father already seems to know about.

As this long, hot summer progresses with the endlessness of childhood, Kate McCullough’s superb cinematography and Emma Lowney’s production design create a magically beautiful new world for Cáit to feel at once threatened and exalted by: almost every shot is a vividly composed, painterly gem. Above all, there is a mysterious artificial rainwater pond in surrounding woodland which Eibhlín says has supernatural powers. A vinegary tang of black comedy and cynicism is provided by neighbour Úna (a terrific performance from Joan Sheehy) who looks after Cáit one afternoon and brutally tells the girl all about what her foster parents aren’t telling her – and Bairéad cleverly allows you to suspect that Eibhlín wanted Úna to shoulder the awful burden of revealing this. Cáit’s quietness is perhaps the quietness of an abuse victim, or perhaps the quietness of a clever person who knows that not talking is the way to survive. As Seán tells her: “Many’s the person missed the opportunity to say nothing.” And when Cáit returns home, it is her failure to obey this golden rule, and blurting out the phrase “nothing happened”, which is to cause a new stab of pain.

In another kind of movie, a lazier kind, all this stillness and rural beauty, seen by an enigmatically silent child who is accustomed to vanishing invisibly into the landscape, would be the ominous foretaste of something horrible or violent to come just before the final credits. But The Quiet Girl is doing something gentler than this, as well as realer and truer. It is a jewel.

The Quiet Girl is now playing at Light House Petone and Cuba!